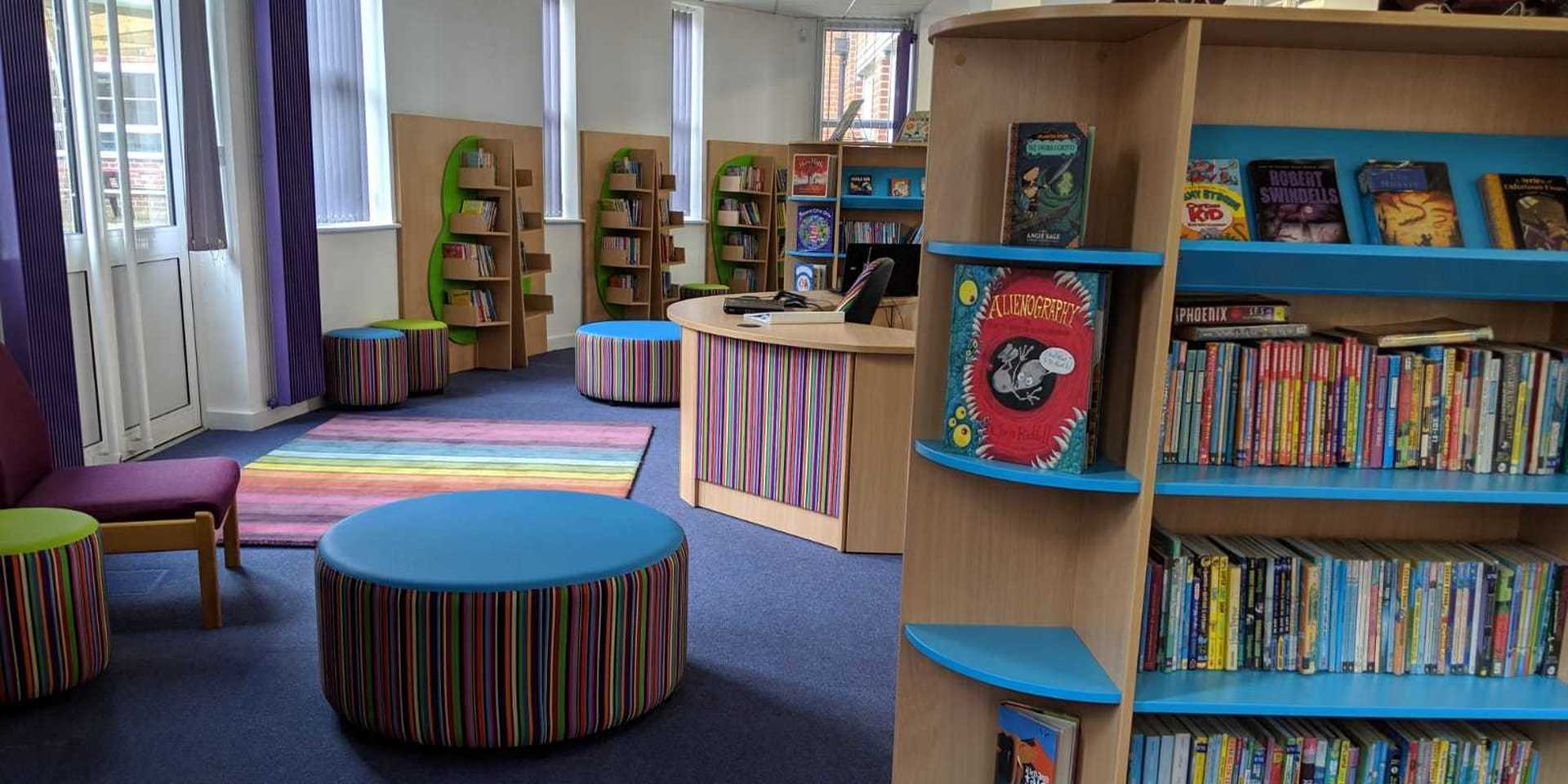 Science At Our School

The principal focus of science teaching in lower key stage 2 is to enable pupils to broaden their scientific view of the world around them. They should do this through exploring, talking about, testing and developing ideas about everyday phenomena and the relationships between living things and familiar environments, and by beginning to develop their ideas about functions, relationships and interactions. They should ask their own questions about what they observe and make some decisions about which types of scientific enquiry are likely to be the best ways of answering them, including observing changes over time, noticing patterns, grouping and classifying things, carrying out simple comparative and fair tests and finding things out using secondary sources of information. They should draw simple conclusions and use some scientific language, first, to talk about and, later, to write about what they have found out.

Pupils in years 3 and 4 will be given a range of scientific experiences to enable them to raise their own questions about the world around them. They will start to make their own decisions about the most appropriate type of scientific enquiry they might use to answer questions; recognise when a simple fair test is necessary and help to decide how to set it up. They will help to make decisions about what observations to make, how long to make them for and the type of simple equipment that might be used.

The principal focus of science teaching in upper key stage 2 is to enable pupils to develop a deeper understanding of a wide range of scientific ideas. They should do this through exploring and talking about their ideas; asking their own questions about scientific phenomena; and analysing functions, relationships and interactions more systematically. They should encounter more abstract ideas and begin to recognise how these ideas help them to understand and predict how the world operates. They should also begin to recognise that scientific ideas change and develop over time. They should select the most appropriate ways to answer science questions using different types of scientific enquiry, including observing changes over different periods of time, noticing patterns, grouping and classifying things, carrying out comparative and fair tests and finding things out using a wide range of secondary sources of information. Pupils should draw conclusions based on their data and observations, use evidence to justify their ideas, and use their scientific knowledge and understanding to explain their findings.

Pupils in years 5 and 6 will use their science experiences to: explore ideas and raise different kinds of questions; select and plan the most appropriate type of scientific enquiry to use to answer scientific questions; recognise when and how to set up comparative and fair tests and explain which variables need to be controlled and why. They should make their own decisions about what observations to make, what measurements to use and how long to make them for, and whether to repeat them; choose the most appropriate equipment to make measurements and explain how to use it accurately. They should decide how to record data from a choice of familiar approaches; look for different causal relationships in their data and identify evidence that refutes or supports their ideas. They should use their results to identify when further tests and observations might be needed; recognise which secondary sources will be most useful to research their ideas and begin to separate opinion from fact. They will use relevant scientific language and illustrations to discuss, communicate and justify their scientific ideas and should talk about how scientific ideas have developed over time.

The second Spring Term has been very busy for the young scientists at Bartley!

From the 9th to the 18th of March, feverish scientific discovery descended upon the school as we celebrated national science week 2018. This year's theme was centered around exploration and discovery, not just finding new lands but making ground breaking leaps into the unknown. Each year group was given the following challenges:

Year three were investigating how looking at the remains of food in faeces (poo) can tell you a lot about the diet of the creature, where they were likely to have lived and the general time period they lived in.  Paleontologists use the same skills when investigating the diets of dinosaurs as well as archaeologists, who use these techniques to look at the diet of distant human relatives. 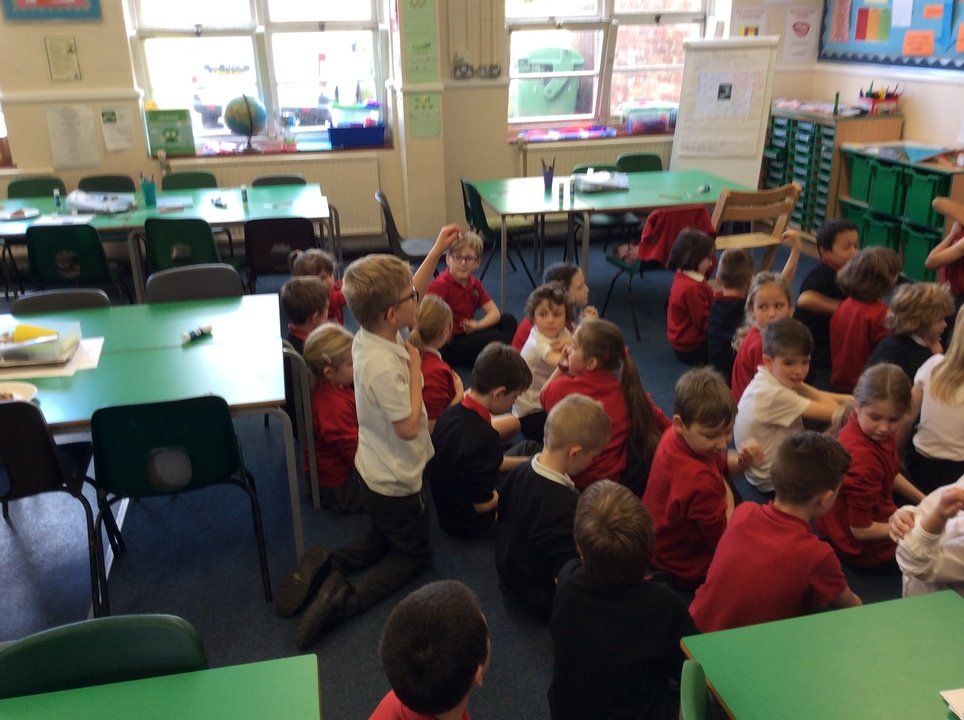 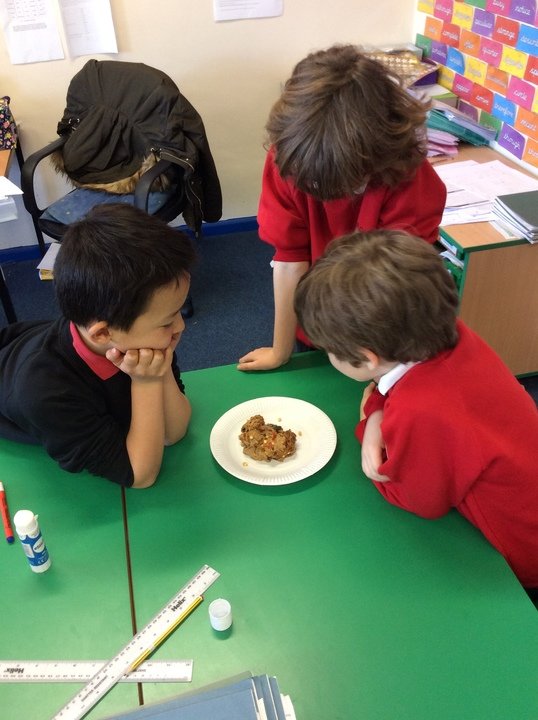 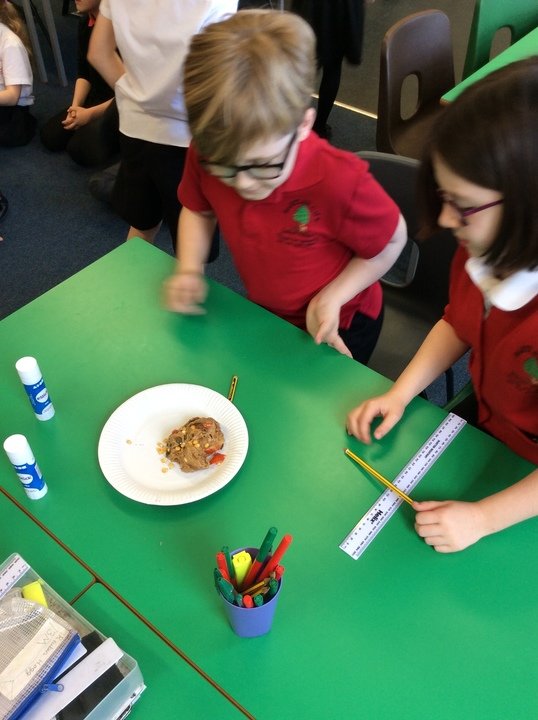 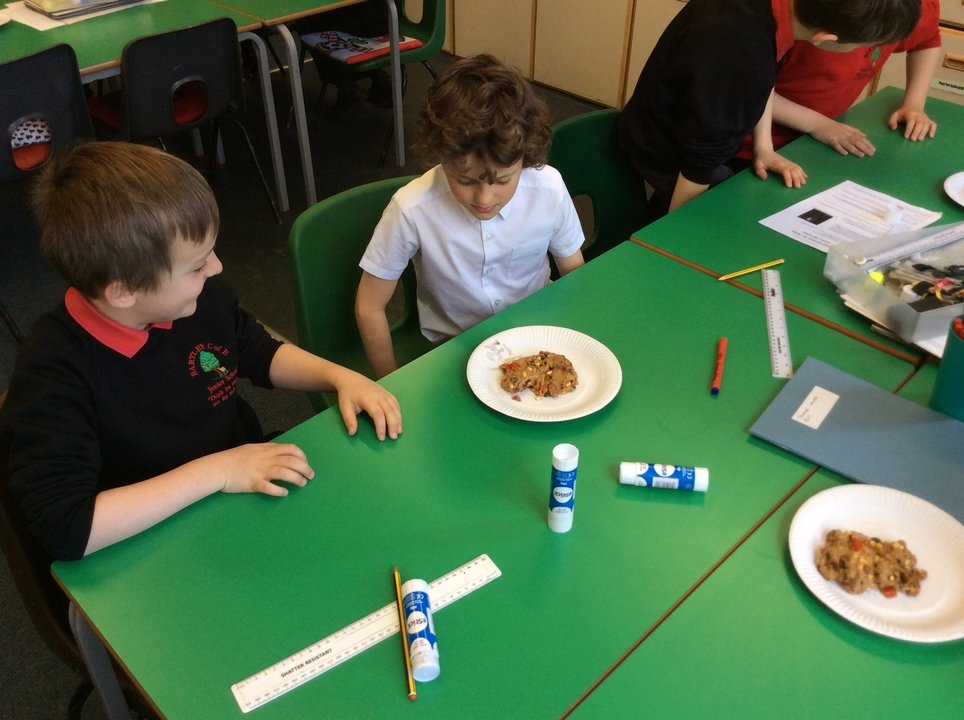 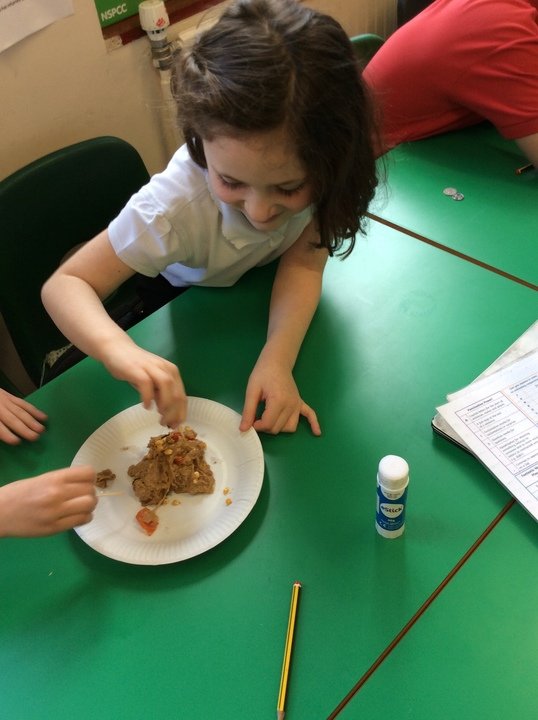 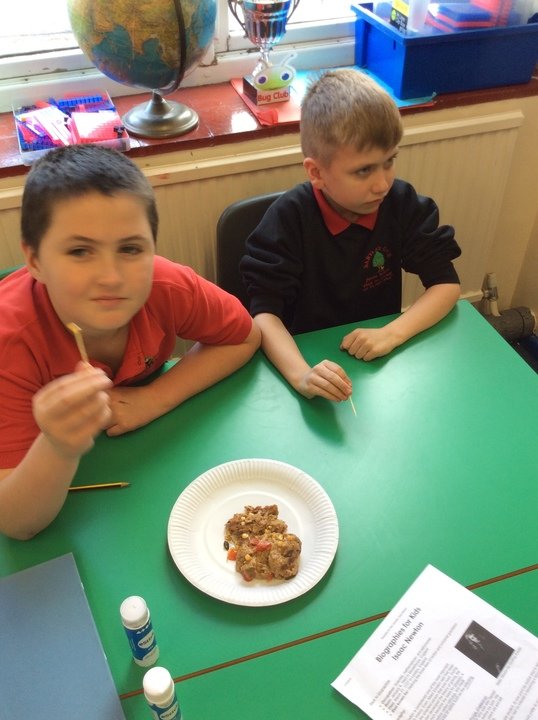 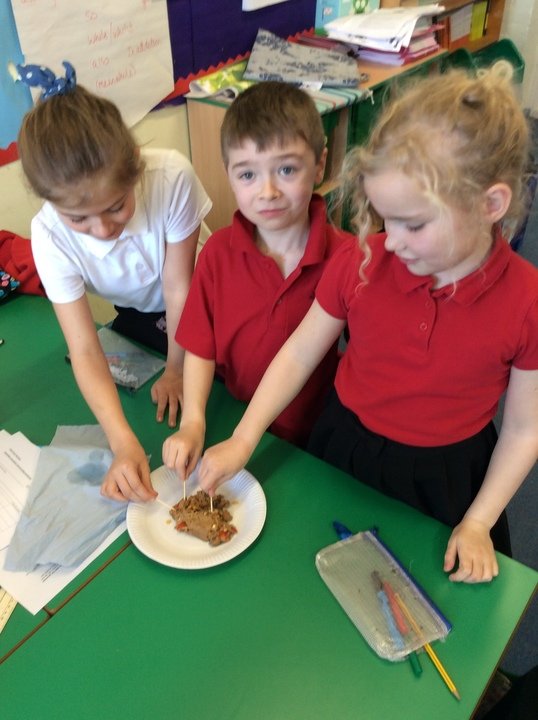 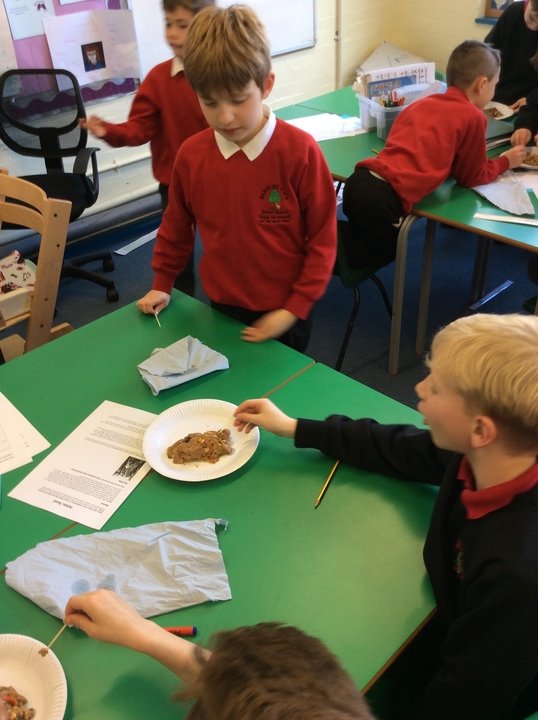 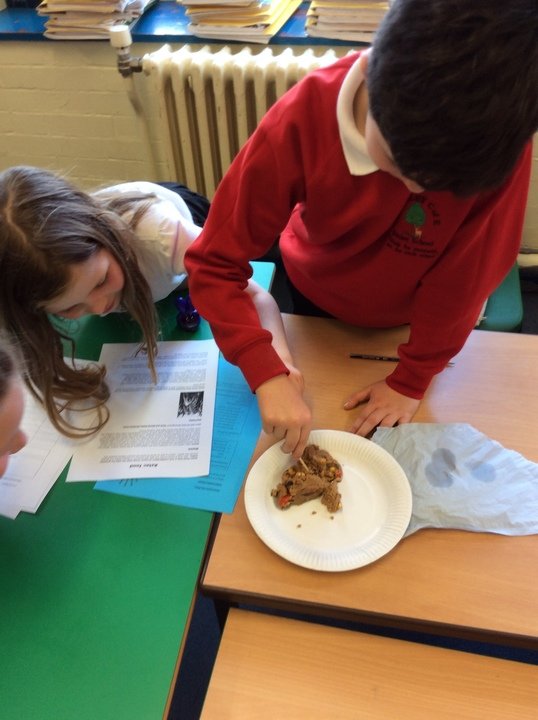 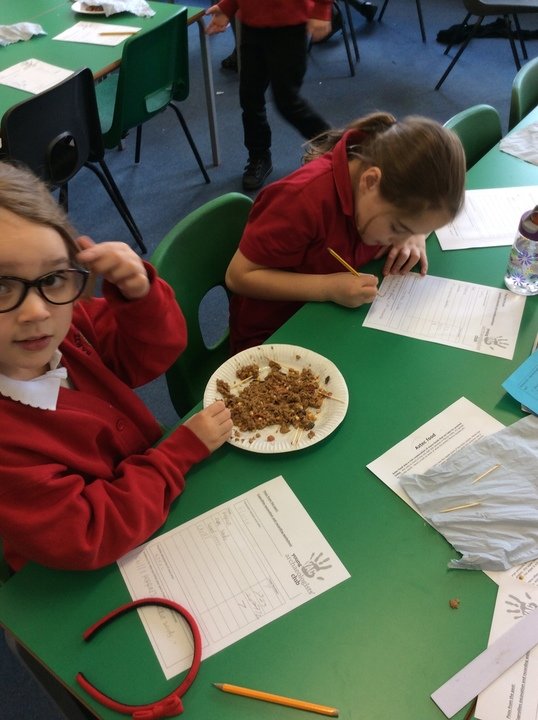 Amongst many other experiments, the children were given the difficult task of moving a cherry tomato from a great height (the table) to ground level. The idea behind this experiment is to solve a 'real world' problem faced by farmers in Nepal. They grow cherry tomatoes high up on the mountainous hillside, where motorised transport cannot reach reliably due to poor quality roads. Before construction, the children had to design their contraption to see if it met the requirements. 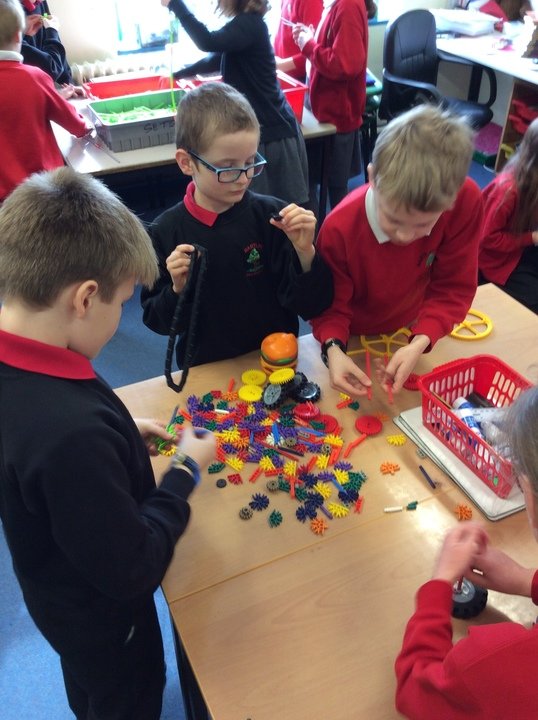 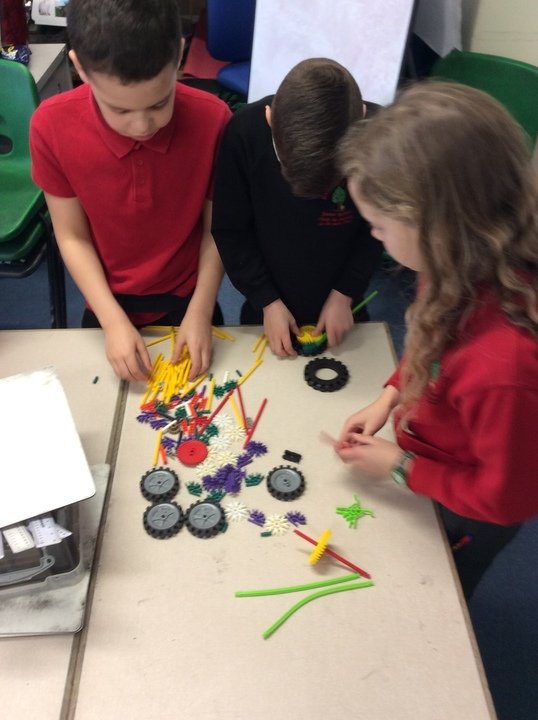 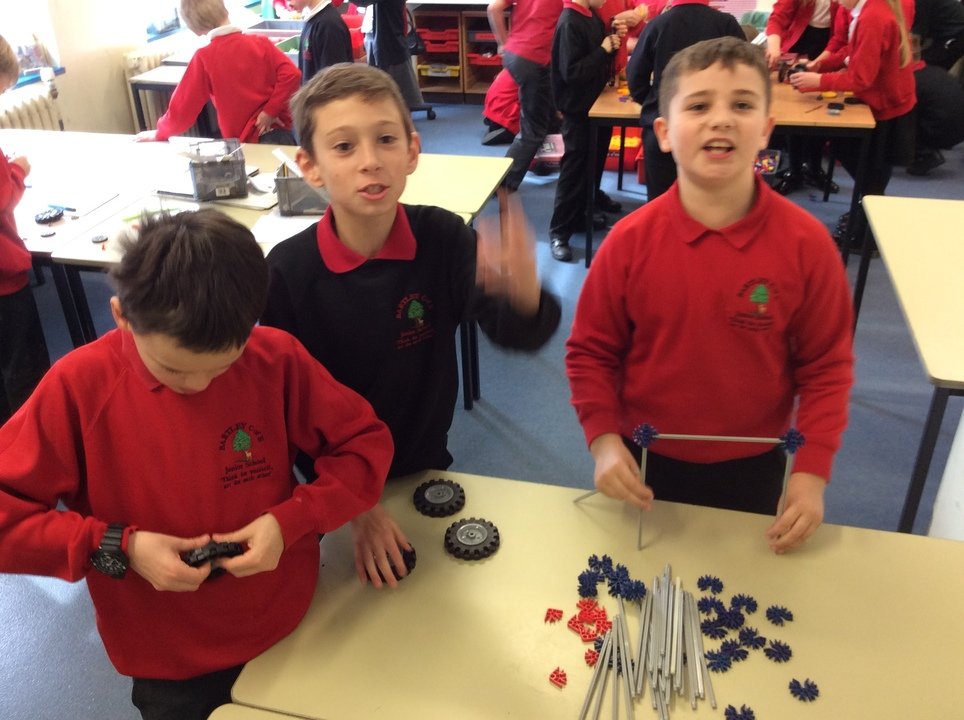 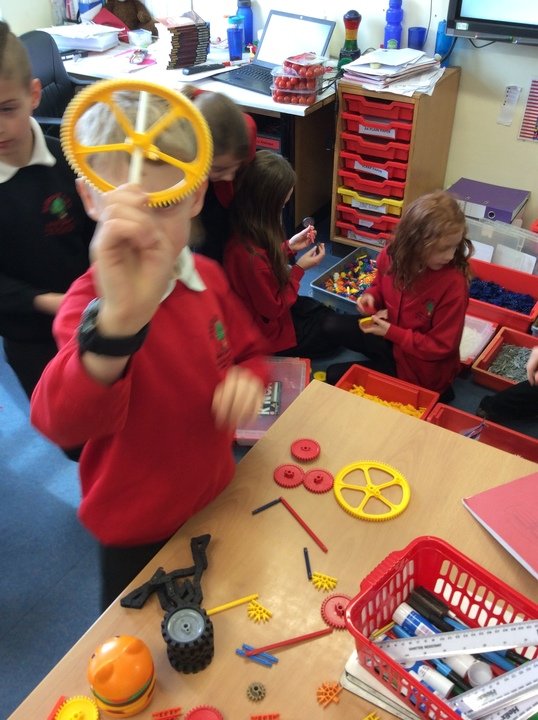 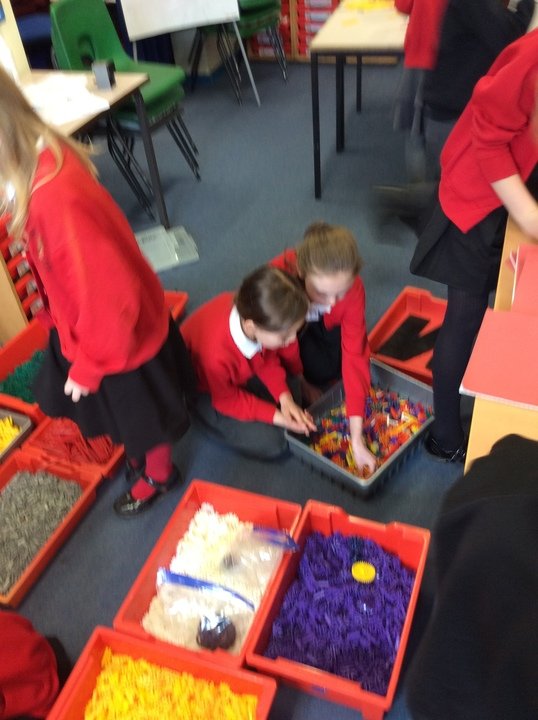 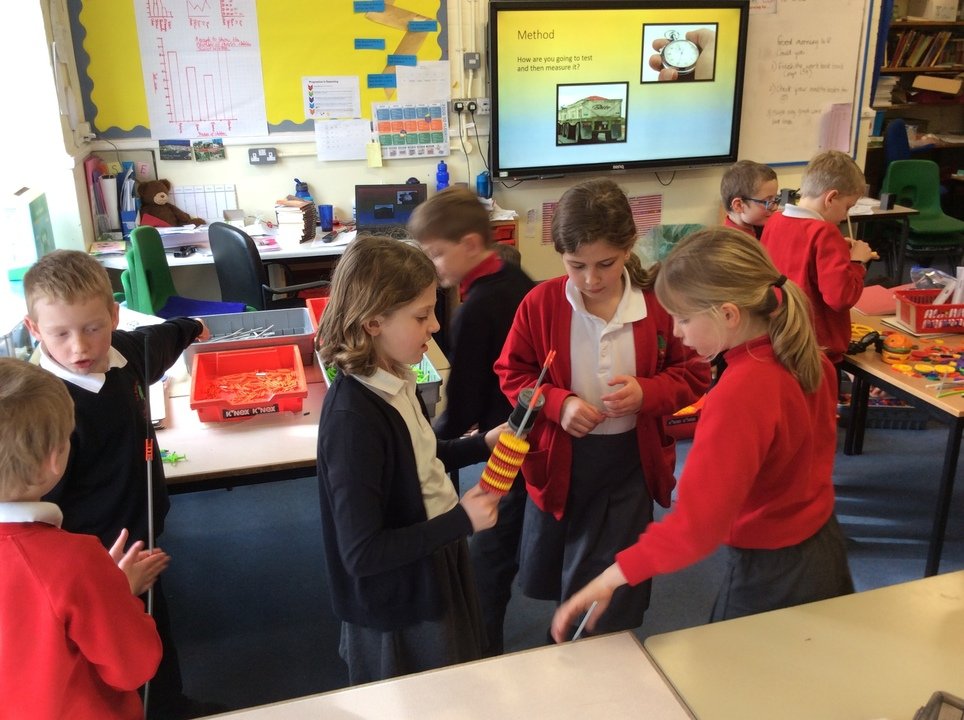 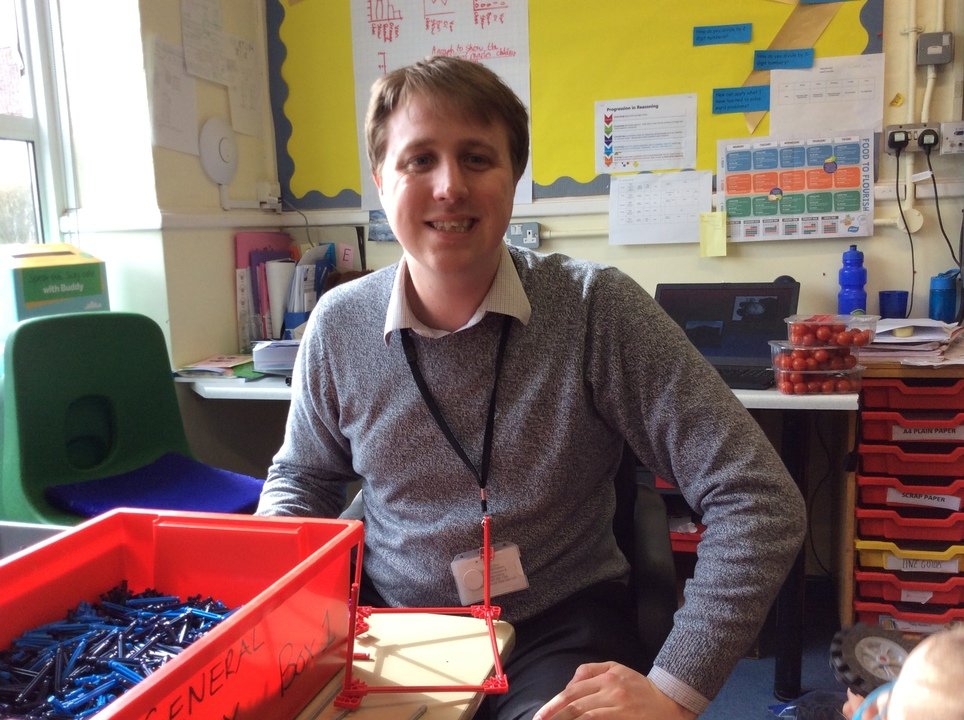 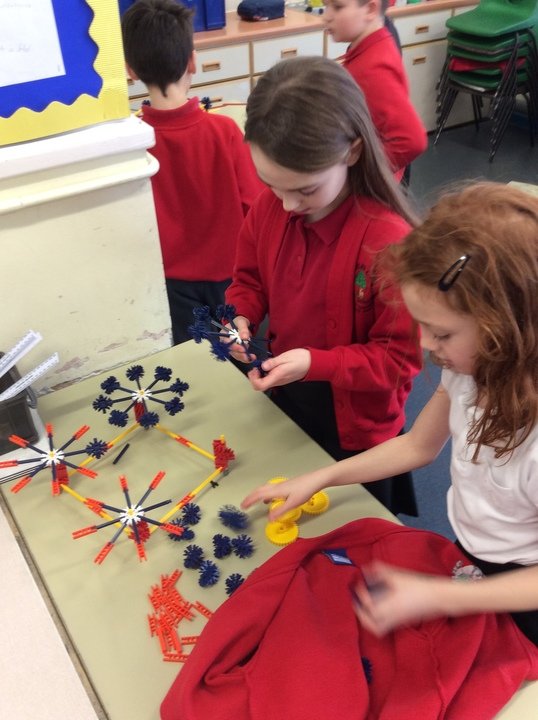 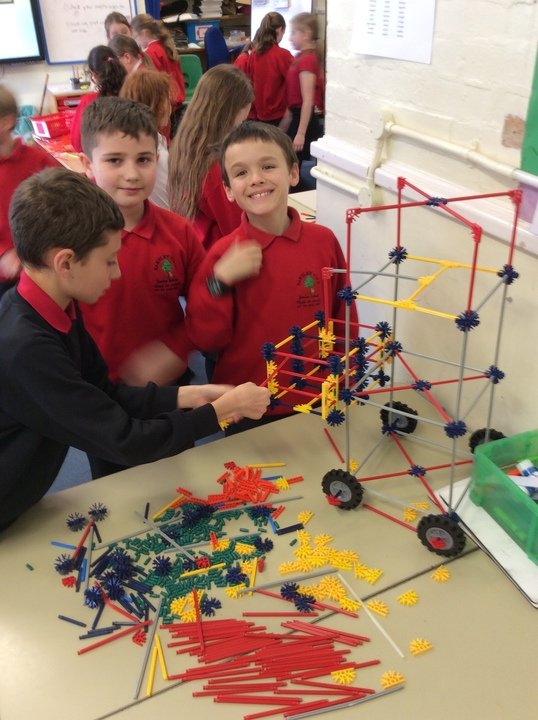 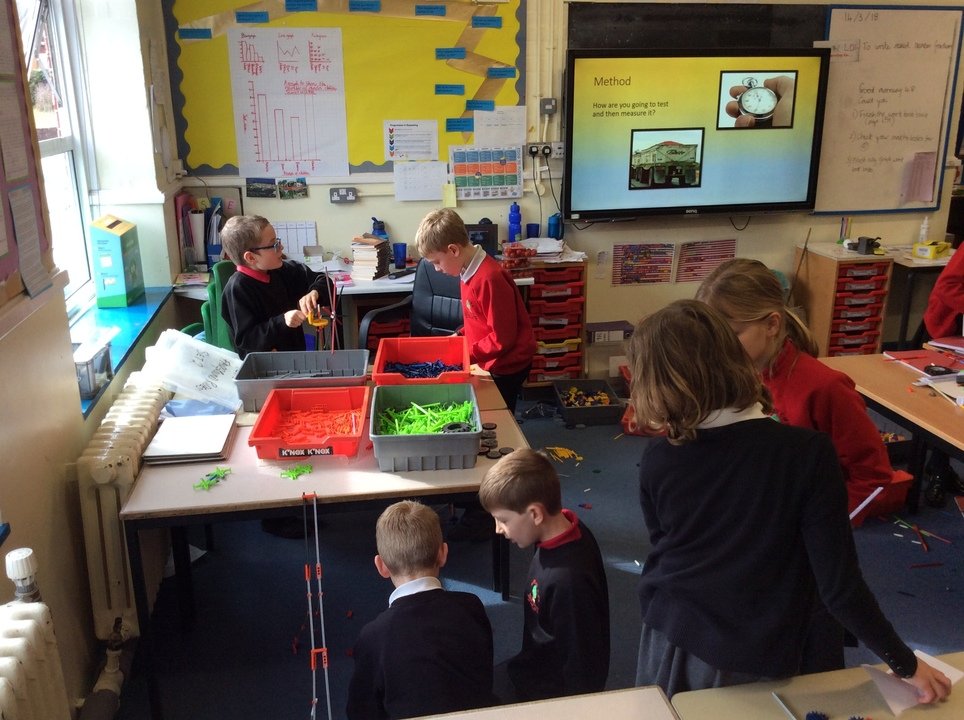 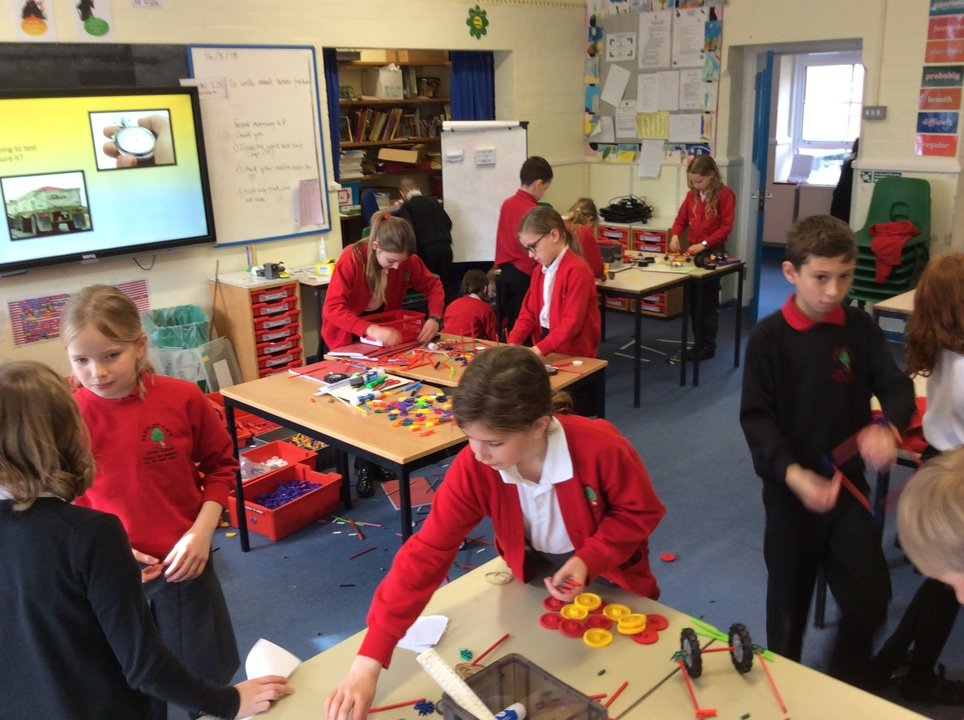 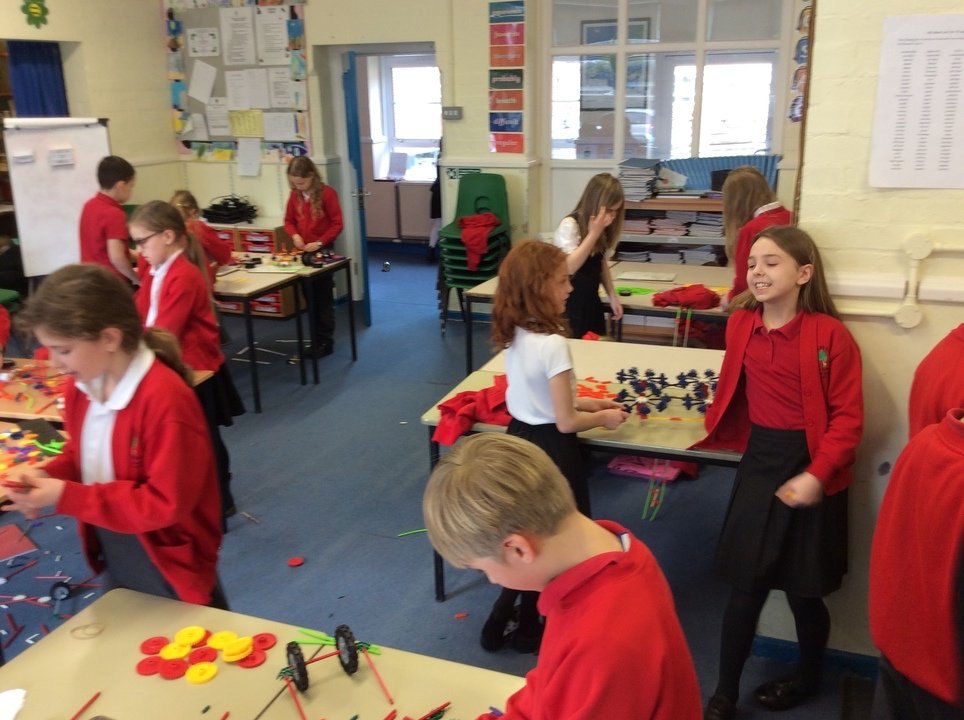 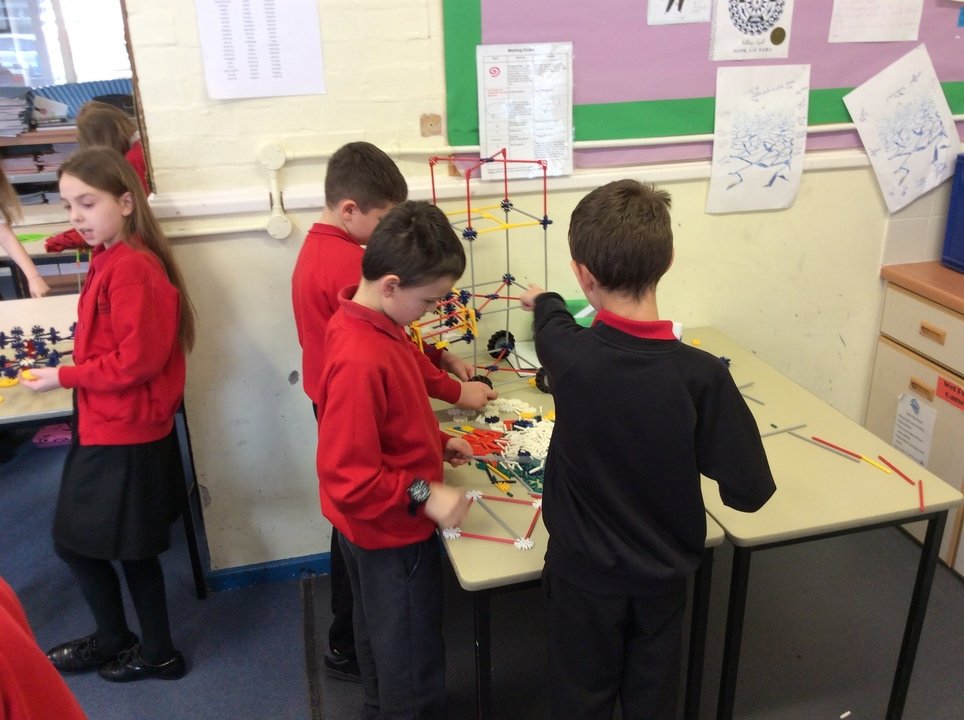 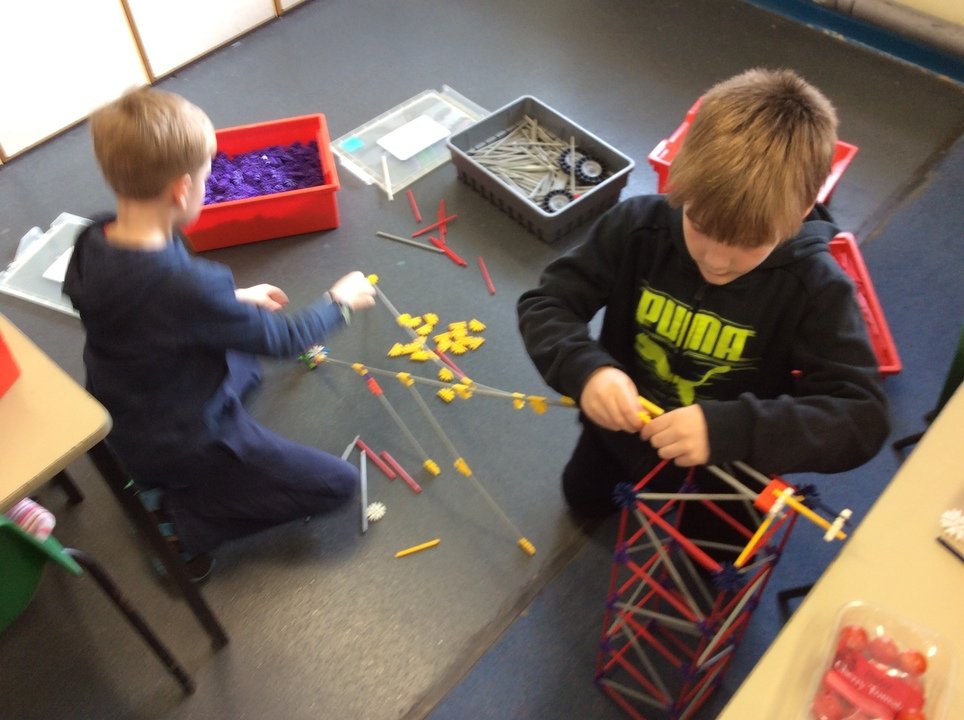 When asked, the children said the following:

Over the week we completed many experiments and learned about the great scientist Alexander Fleming. He was an amazing biologist that did incredible things. His best discovery was penicillin, a drug that has saved many human lives. He also made other smaller discoveries. We used all of the cool facts that we learned about him to create a poster. Some even made copies to send in to the competition.

One of the experiments that we really enjoyed was where we created a machine to safely move tomatoes from a height to the floor. We enjoyed this because it was a difficult challenge and was hilarious to see the tomatoes go down. Another fun experiment was the can challenge. We had the chance to listen to cans to guess their contents and have ideas on what they could be. We then put our theories to the test. Because we were the last class to experiment with the cans, we got to open them and check our predictions to see if they were correct.

Edward and Gethin in 4R.

As part of science week, there was a national science poster competition where the children had to create an informative yet creative poster to send into a panel of judges. Although I received many exciting entries, I could only send in four. The competition was fierce however the children rose to the challenge. We did not reach beyond the top 100 but this is still an impressive achievement considering the number of entries! See below for the posters that were small enough to scan.