At Bartley, we define Courageous Advocacy as supporting or raising awareness for those whose voice is not always heard.

This can be through:

Below are some examples of how members of the Bartley community have become courageous advocates since September 2022!

A group of children taught us all about The Little Princess Trust. This is an amazing charity who support children during cancer treatment.

The group, two of whom had donated their hair to the charity already, led a Collective Worship to inform us about the amazing work the charity carries out and the fundraising events they would be running.

Then on Friday, the group ran stalls selling sweets and cakes, as well as a raffle and holding a guess the name of the humongous teddy bear competition.

Well done to the organisers and to all who contributed.

For more information about The Little Princess Trust go to: For Children in Need this year, the children came into school in non-school uniform.

Well done to everyone.

During the two weeks before Remembrance Sunday, the local Royal British Legion supplied us with poppies and other poppy based paraphernalia for our pupils to buy.

An amazing amount of money for such a worthy cause.

In school, we commemorated Remembrance Day with a week of Collective Worship on that theme.

On Monday, we learned about the causes of WWI, then during the week the children were asked to go and find out about what the older generations of their family did during wars.

During Friday morning, we joined with hundreds of thousands of other pupils from around the country for The Royal British Legion's Remembrance Live event.

As always, the two minutes silence was impeccably well observed by our pupils.

On Remembrance Sunday, many of our pupils took part in parades and services in their local area.

"70 million people died because of the actions of a few. A war began that could have been prevented. You, the young people of today have the power to make sure that nothing like this happens again tomorrow.

The next time you see a war memorial, read all the names, think about t he lives lost and say, never again."

This year the staff requested that rather than receiving gifts from the children, they bring in food donations instead. A huge THANK YOU, to the whole school community for your donations to the Totton food bank. We have been overwhelmed by the generosity of everyone. The school mini-bus was filled to the brim and the team at Youth and Families Matter were so thankful. 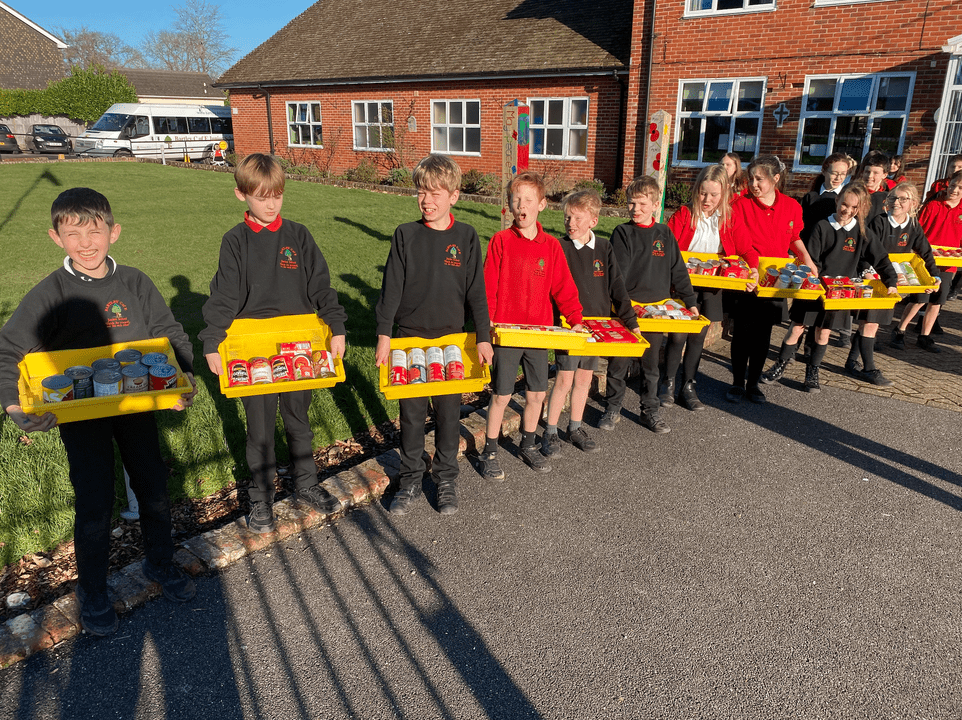 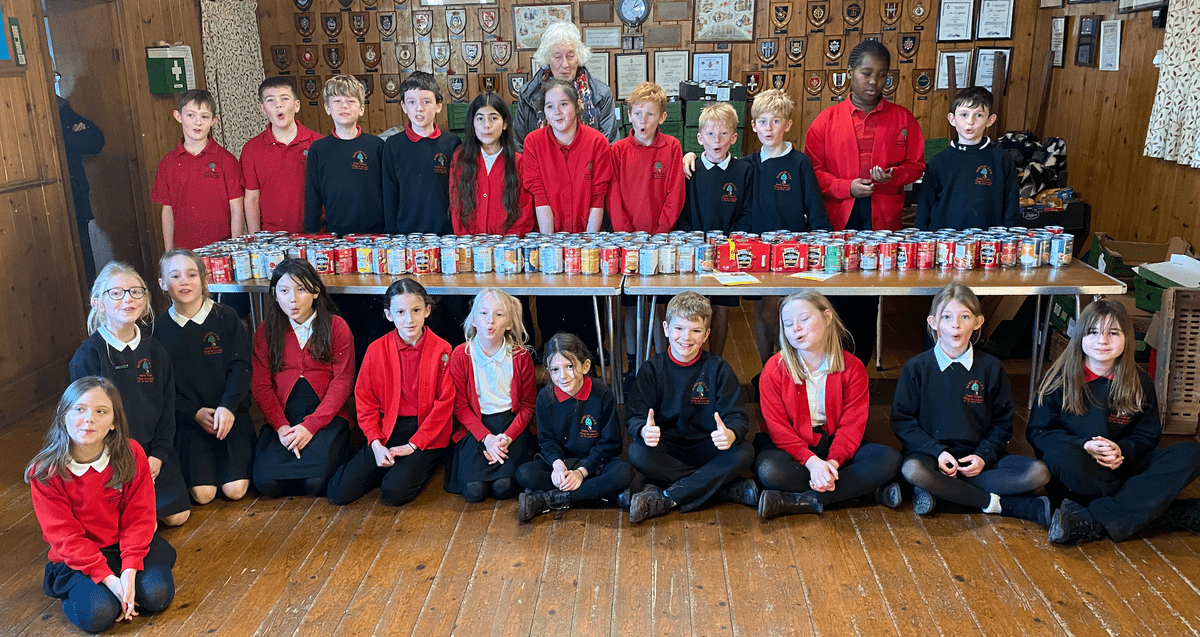 Thank you to our wonderful class accountants who worked so hard at the Christmas Fayre and raised a combined total of £212.00. The accountants all had different roles including managers, deputy managers, marketing and promotions, finance and procurement. Lois was chief creative director and even made her own arts and crafts kits to sell. Thank you to all the accountants, we were so impressed by your commitment and hard work. On Saturday, two of our pupils held a Halloween Charity Bake Sale in aid of New Forest for Ukraine to raise funds to buy food supplies to send to help feed displaced people from the war in Ukraine in the next supply convoy in a few weeks.

They had loads of home-baked goodies, set up and decorated their table outside the house and spent the afternoon serving cakes to visiting school friends, neighbours and passers-by.

They raised an amazing £120 and took the money to Morrisons where they bought masses of the recommended dried and tinned foods – pasta, rice, soups, oats, tinned vegetables, tuna, tinned fruit and custard!! and lots more.

They took all the supplies straight to the Ukraine supply drop off point in the village and handed over their supplies ready to go over to help feed displaced people in Ukraine.

Well done, we are very proud that you spent time in the holidays raising money, we love the aprons!

At the weekend, six of our fantastic year 4 pupils held a sale to raise funds towards the repairs at Copythorne Park. There were a selection of stalls including, nail varnish, glitter tattoos, hair colours, cakes and chocolate, lucky dip, bracelets and braids and painted beach shells.

We are so proud that they made a difference to the local community.

Well done to everybody involved. 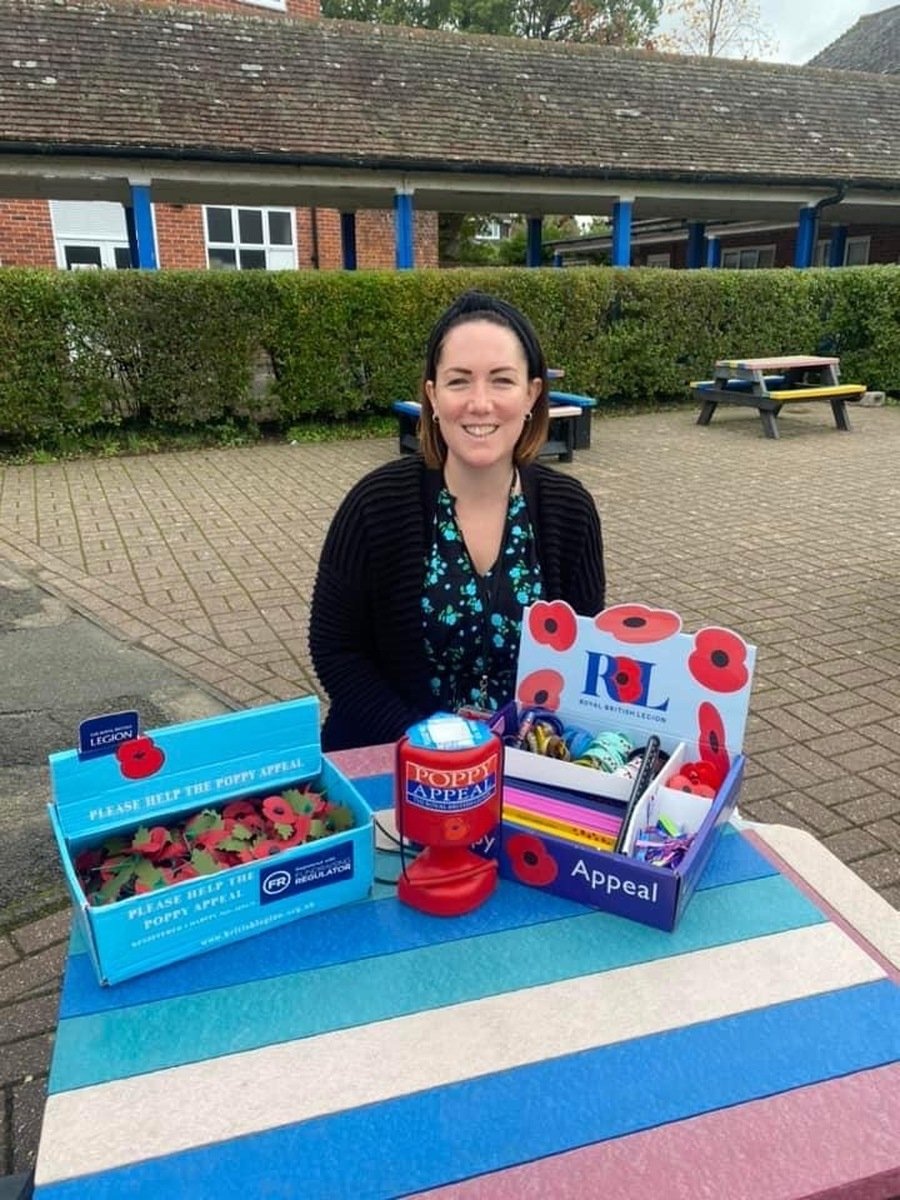 New Forest for Ukraine charity is a group of volunteers who have a network of collection sites across the New Forest and then transport donations to their sorting hub, ready for distribution to Poland and the Ukraine. On Friday 2nd December one of our site managers Nick embarked on a trip to Poland to deliver vital supplies to those in need and affected by the conflict in Ukraine. Many of the supplies will go to directly to the front line. This is one of many journeys taking place to support those who need it most and is only possible because of the generous donations from the local community and because of those who so kindly volunteer.

Nick described the experience as humbling, and the journey has made him more determined to help. The charity will be planning a local event and we will keep you updated with further details in due course.

For further information on how you can support this vital charity please click on their website link below. 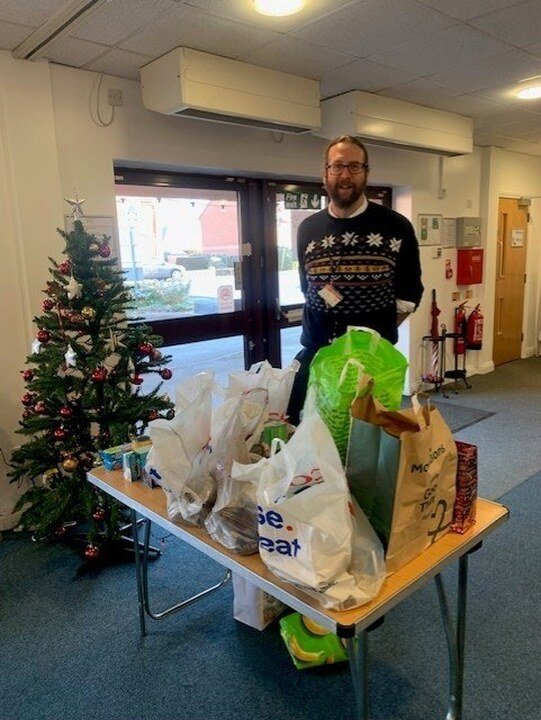 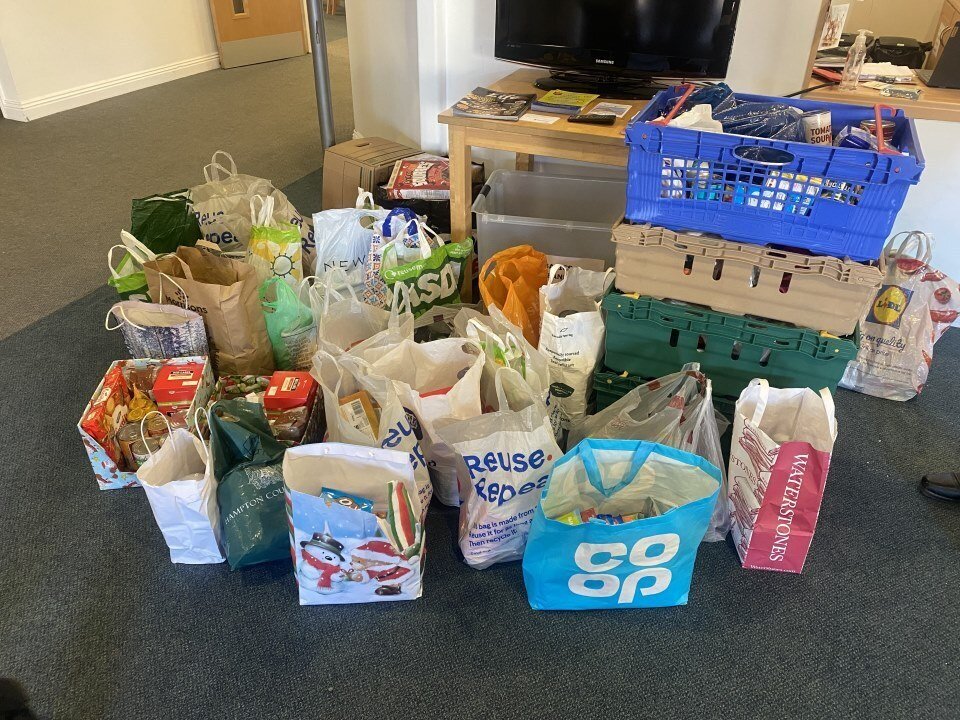 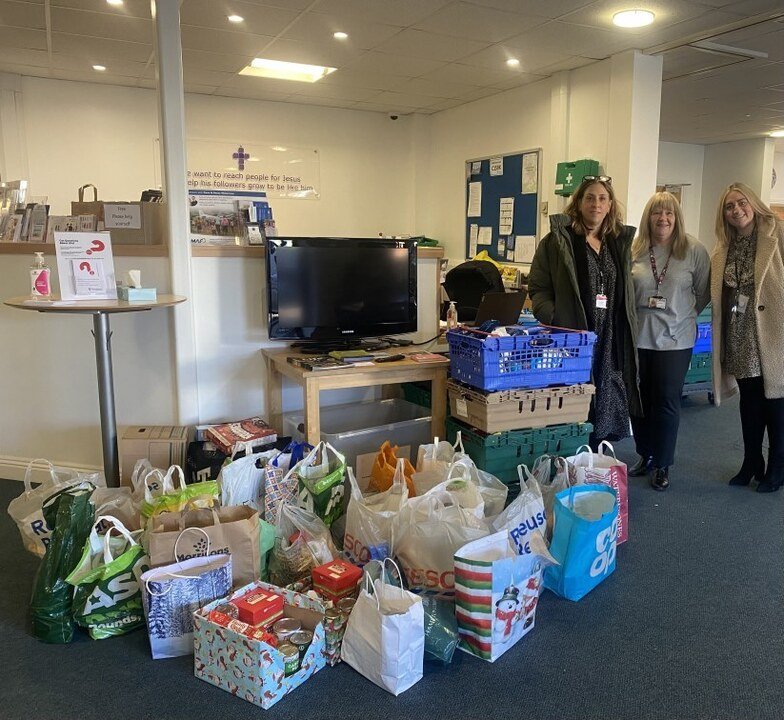 Soup for Survival
New Forest for Ukraine, who have done an amazing job providing essentials to people in Ukraine, are supporting the 'Soup for Survival' campaign.
They set themselves the target of sending 500 tins (or more) of soup to Ukraine at the end of January.
The school contributed a  'Soup'erb 281 cans of soup to the cause. An fantastic effort. Please keep them coming in! 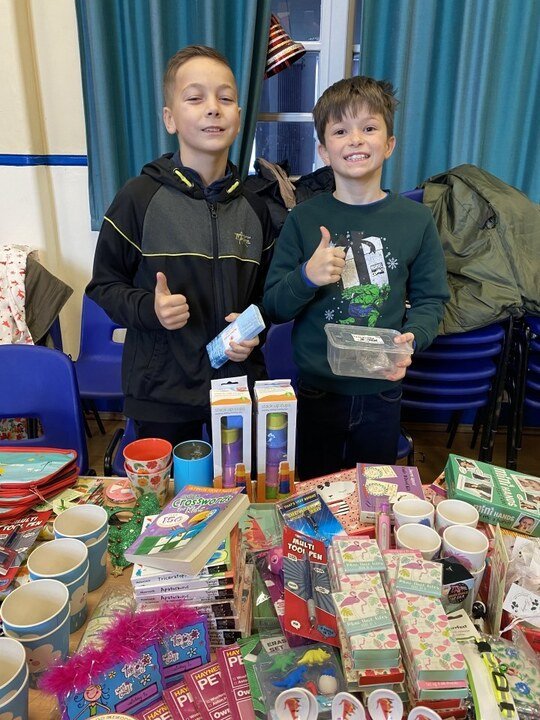 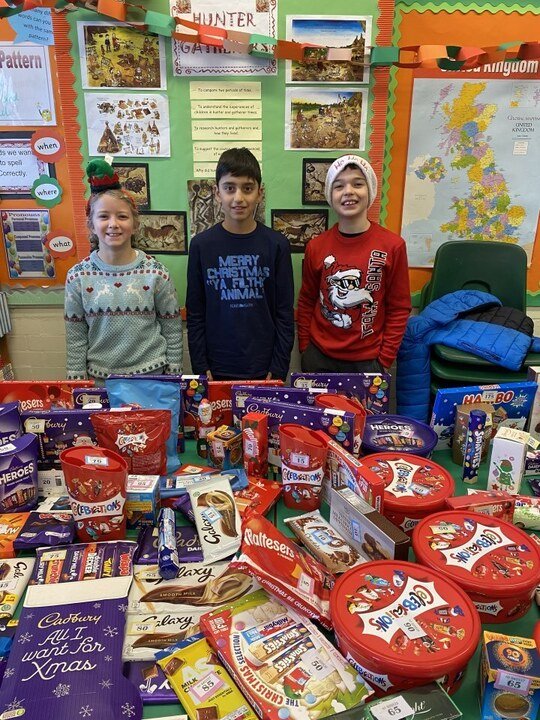 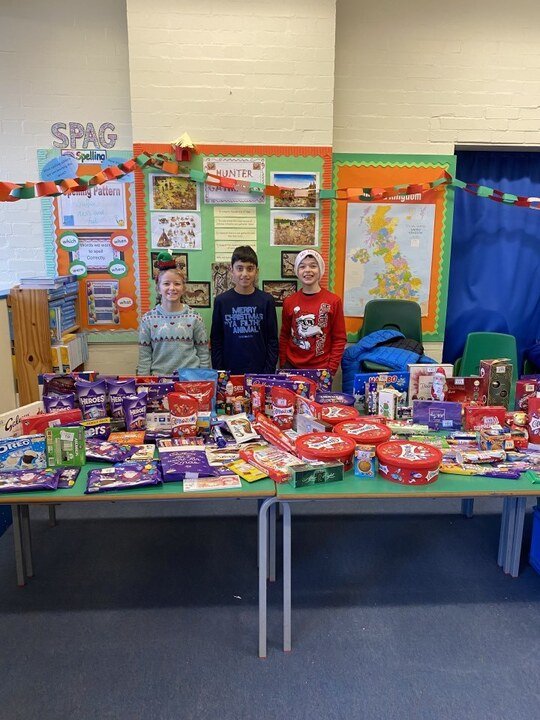 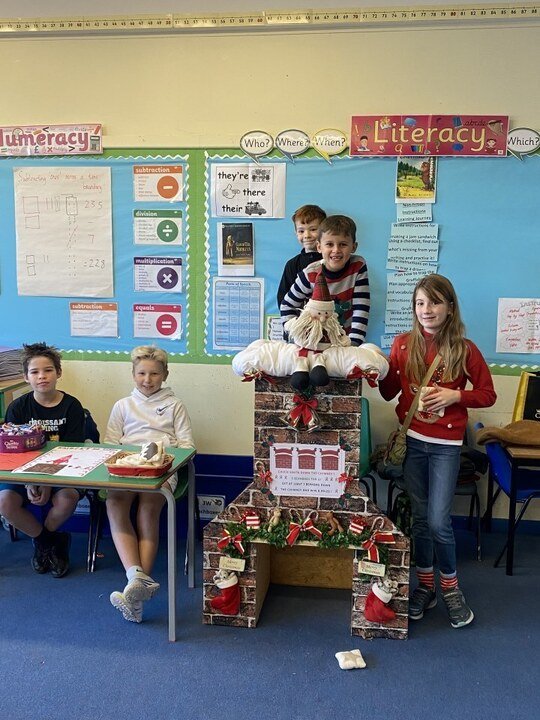 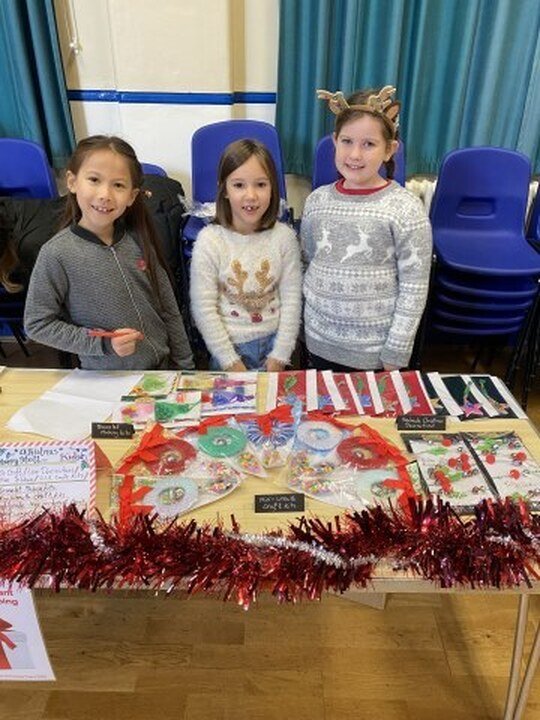