The principal focus of science teaching in lower key stage 2 is to enable pupils to broaden their scientific view of the world around them. They should do this through exploring, talking about, testing and developing ideas about everyday phenomena and the relationships between living things and familiar environments, and by beginning to develop their ideas about functions, relationships and interactions. They should ask their own questions about what they observe and make some decisions about which types of scientific enquiry are likely to be the best ways of answering them, including observing changes over time, noticing patterns, grouping and classifying things, carrying out simple comparative and fair tests and finding things out using secondary sources of information. They should draw simple conclusions and use some scientific language, first, to talk about and, later, to write about what they have found out.

Pupils in years 3 and 4 will be given a range of scientific experiences to enable them to raise their own questions about the world around them. They will start to make their own decisions about the most appropriate type of scientific enquiry they might use to answer questions; recognise when a simple fair test is necessary and help to decide how to set it up. They will help to make decisions about what observations to make, how long to make them for and the type of simple equipment that might be used.

The principal focus of science teaching in upper key stage 2 is to enable pupils to develop a deeper understanding of a wide range of scientific ideas. They should do this through exploring and talking about their ideas; asking their own questions about scientific phenomena; and analysing functions, relationships and interactions more systematically. They should encounter more abstract ideas and begin to recognise how these ideas help them to understand and predict how the world operates. They should also begin to recognise that scientific ideas change and develop over time. They should select the most appropriate ways to answer science questions using different types of scientific enquiry, including observing changes over different periods of time, noticing patterns, grouping and classifying things, carrying out comparative and fair tests and finding things out using a wide range of secondary sources of information. Pupils should draw conclusions based on their data and observations, use evidence to justify their ideas, and use their scientific knowledge and understanding to explain their findings.

Pupils in years 5 and 6 will use their science experiences to: explore ideas and raise different kinds of questions; select and plan the most appropriate type of scientific enquiry to use to answer scientific questions; recognise when and how to set up comparative and fair tests and explain which variables need to be controlled and why. They should make their own decisions about what observations to make, what measurements to use and how long to make them for, and whether to repeat them; choose the most appropriate equipment to make measurements and explain how to use it accurately. They should decide how to record data from a choice of familiar approaches; look for different causal relationships in their data and identify evidence that refutes or supports their ideas. They should use their results to identify when further tests and observations might be needed; recognise which secondary sources will be most useful to research their ideas and begin to separate opinion from fact. They will use relevant scientific language and illustrations to discuss, communicate and justify their scientific ideas and should talk about how scientific ideas have developed over time.

An area of development within the Science curriculum is the increasing use of the natural environment. Bartley has a unique resource- the natural spaces that form large swathes of the site. During lockdown, it became increasingly obvious that children needed time to experience the natural world in a way that may not be possible at home. Bartley has invested in training adults to deliver an outdoor curriculum. This small forest school inspired outdoor provision is currently in development and is expected to expand once more adults have been trained. While some of the aspects of the ethos, such as the small groups, have been difficult to adhere to, many other aspects have been used as inspiration to enrich the Science curriculum as a whole.

What is Forest School?

Forest School is an educational ethos that originally began in the Scandinavian region, where outdoor learning of this kind is deeply embedded into the educational systems. In 1995, a group of lecturers and nursery nurses from Bridgewater College visited a Danish school to see how this approach worked in practise. They were so impressed, that upon returning to the UK, they began the process of building the Forest School movement that we now recognise today.

Forest School uses a very different approach to mainstream education post EYFS (Year R). The ‘classes’ are very small with a maximum of sixteen pupils. This is so that the leader can act as more of a guide who encourages individuals to explore their interests at their own pace. The leader will often encourage the pupil to explore new skills and act as a facilitator for this to occur, as opposed to overtly teaching in a formal style.

What are the benefits of this approach?

When observing the aforementioned classes in Denmark, the lecturers noted that children who were allowed to independently explore their environment grew in confidence, developed a healthy respect for the natural environment and showed a high level of interest in their learning. Many of the skills that are associated with Forest School can be directly applied in other areas of your child’s learning. These skills include:

• Fine motor skills- Using many of the tools involved in Forest School can develop your child’s fine motor control, strengthening grip and handwriting skills.
• Core/upper body strength- Hanging, climbing and carrying equipment can improve a child’s upper body strength. When a child hangs by their arms/hands, they also develop muscles that are linked to posture and general co-ordination.
• Mental wellbeing- Children are given the time to learn how to unwind in a more natural setting. There have been many studies that show that some children struggle with the rigid nature of mainstream education. This may cause stress and anxiety that can be countered by spending some time in a more individual setting.
• Problem solving skills- Forest School education encourages the learner to seek their own solution to a given problem. The leader will nudge when required, however this focus on independence can empower the child to think for themselves.
• Sense of Community- The ethos of Forest School is very much about community and building links with others. Teamwork and using the strengths of others is integral to the overall success of the program.

What Forest School provisions can be found locally?

Forest School is a movement that is continuously growing. Currently, practitioners are trained by Hampshire and Isle of Wight Wildlife Trust on their site at Swanwick Lakes in Fareham (https://www.hiwwt.org.uk/forest-school). Over the years, many practitioners have returned to their respective schools and now dozens of schools across Hampshire have a Forest School provision as part of their curriculum. Local Forest School providers include Haven Nursery School and Pembroke Park primary School, who were accredited in December 2017 and May 2018 respectively. Other local providers can be found using the map on website at the end of this paragraph. Other sites that are monitored include Testwood Lakes (Totton) and Blashwood Lakes (Ringwood). These areas provide opportunities for families/schools to visit and join in with sessions led by an experienced leader. The body that oversees Forest School across the UK is the Forest School Association (https://www.forestschoolassociation.org/).

What evidence is there that this approach works?

There have been many studies that support the delivery of Forest School alongside formal education as a means of enabling children to develop a wider range of skills in different settings. One such study was carried out by the Forestry Commission in Scotland (Jamie Hamilton, Outdoor learning: closing the attainment gap in primary schoolchildren in Scotland, February 2018). In this study, 71 primary school children carried out some curricular tasks both indoors and outdoors. They were equally spit along gender and attainment lines, ensuring some balance amongst the groups. Due to the age of the children, formal testing methods were not used. Instead a ‘richness index’ developed by the Forestry Commission, an exploratory approach using questionnaires, was used. The key findings from this study noted the following:
• That children, particularly the lower attaining children, became much more independent as a result of growing confidence and increased use of problem-solving skills.
• The outdoor task was recalled in greater detail by children than the indoor task, and it was remembered first by 74.2% of the children.
• More was recalled about the woodland settings than the playground setting, implying the influence of the natural richness of the woodland settings.
• Children demonstrated explicit problem-solving and gave reflective observations in response to questions following the playground task, but not its classroom counterpart. This indicated that the knowledge they had gained outdoors was sufficiently robust for them to review internally.

One particular area of note was the impact upon the focus and confidence amongst children that were considered lower prior attainers. This is especially important to teachers who want to ensure that all those in their classes have a set of skills that can be used throughout life. If these lower prior attaining children in particular, are given the opportunity to build their confidence and thrive, it should allow them to take more risks in the classroom. While this study does have some drawbacks, such as the small sample size and reliance on questionnaires, it does raise some important points on how children could benefit from using the outdoors to enhance their learning.

In summary, aspects of this ethos are being used with the aim of helping children prosper and grow during their time at Bartley. 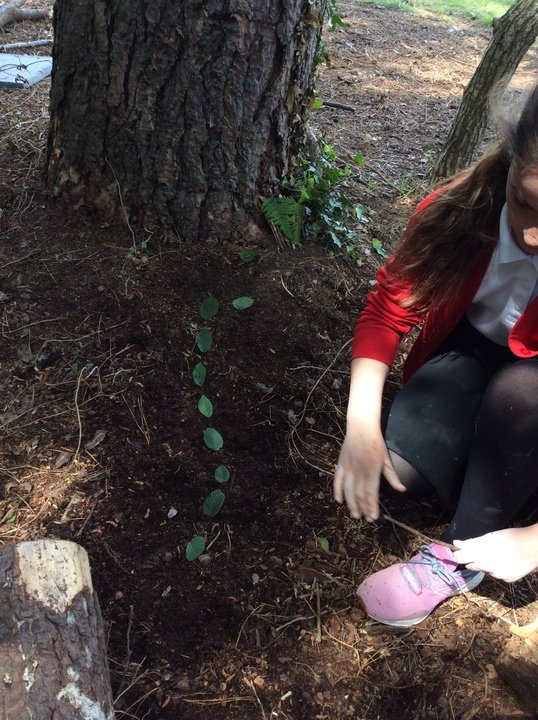 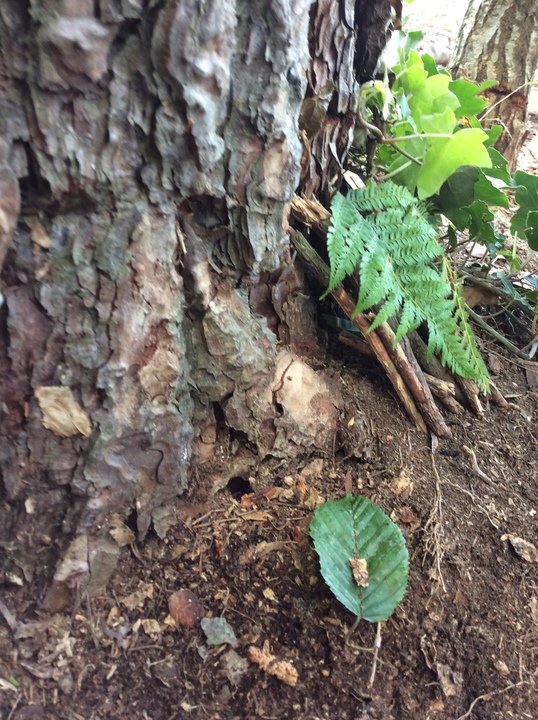 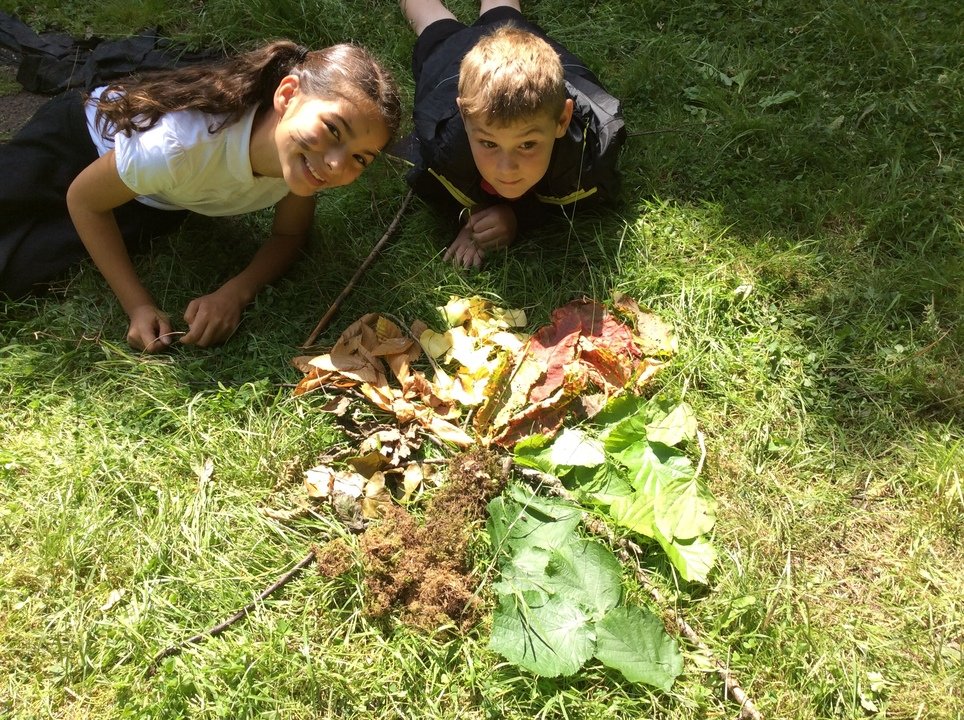 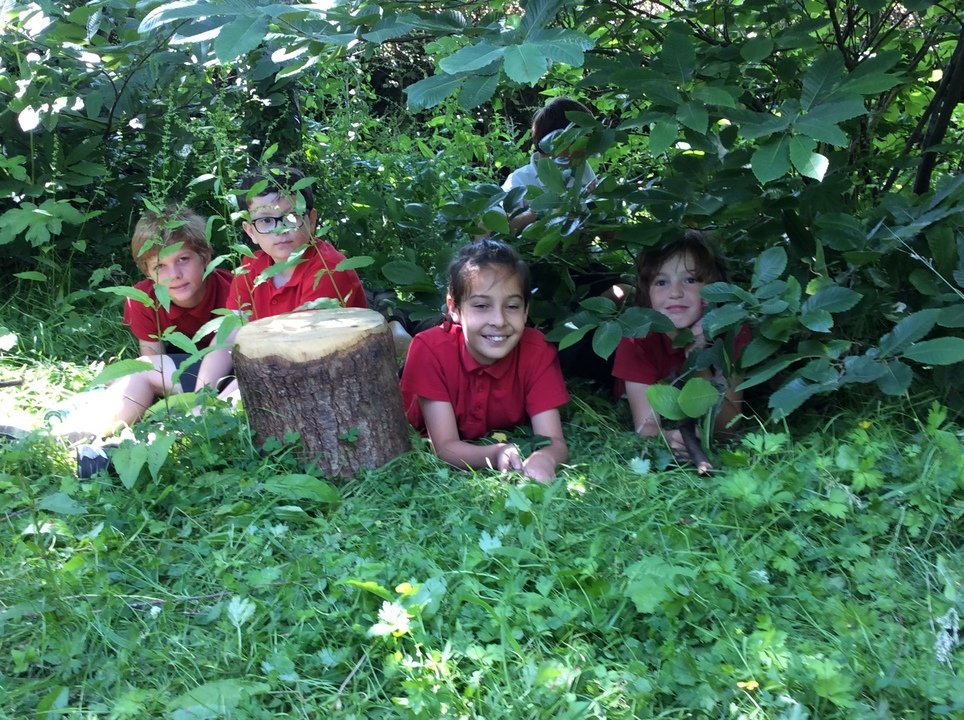 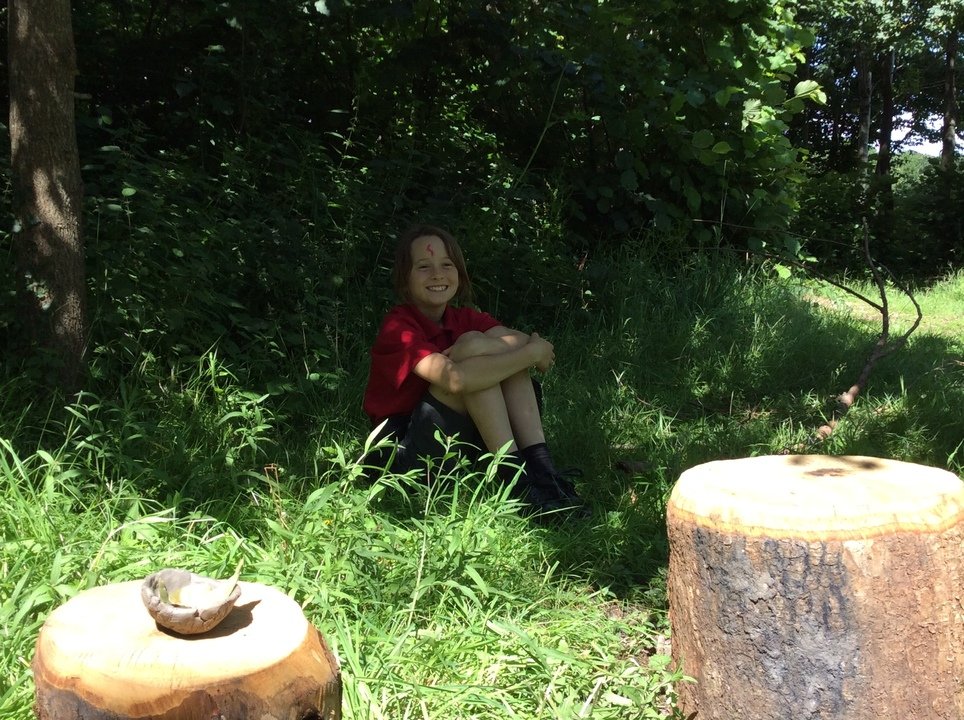 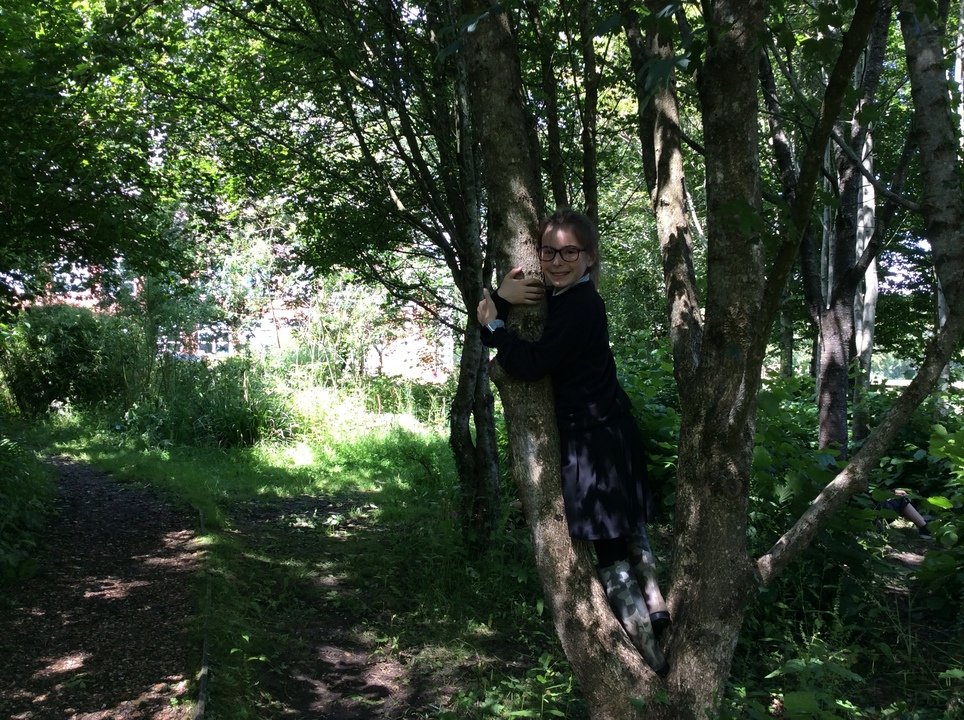 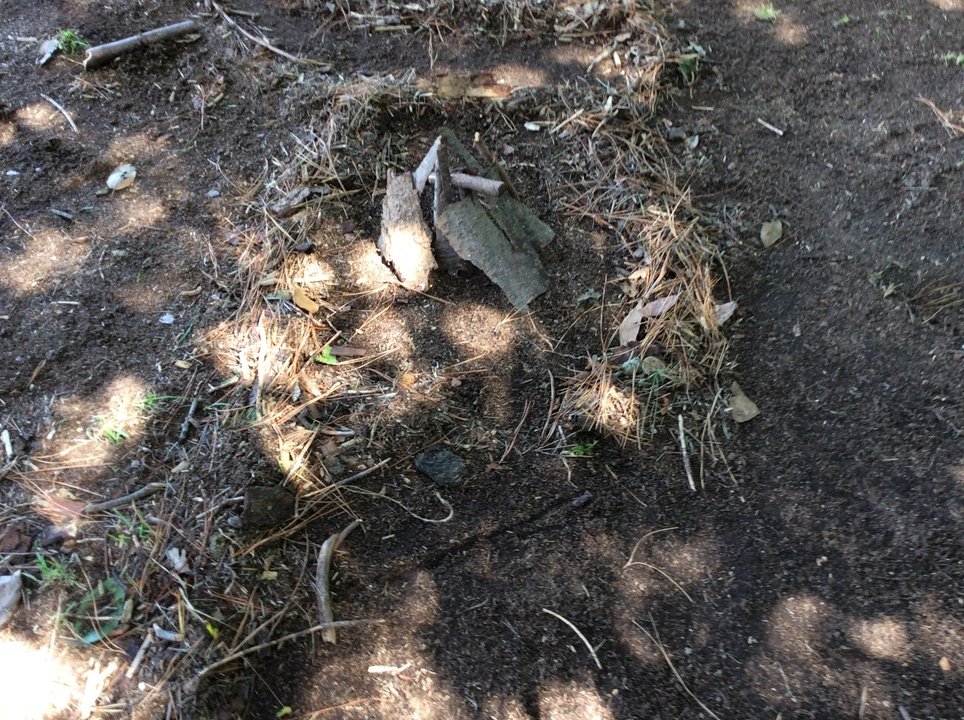 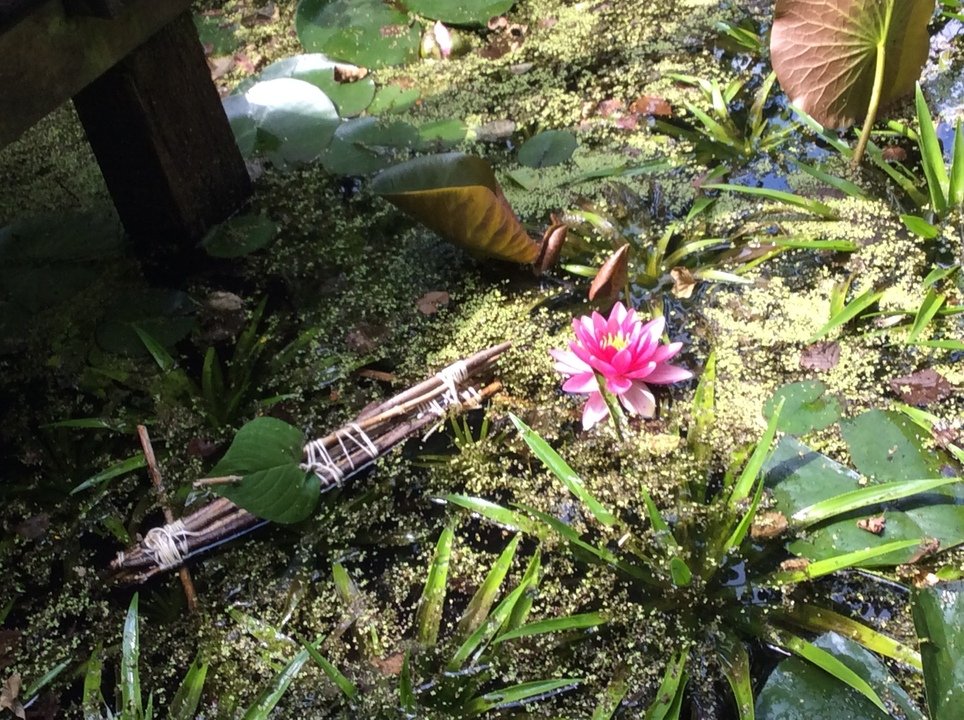 Other outdoor experiences are being used to support a variety of scientific concepts. One topic uses the outdoor extensively and has formed a prototype for other projects of this kind. This project is called 'Grow Your Own Potatoes'. It is a topic that is taught in Year 5 where children are each given a seed potato to grow. Children learn about the life cycle of potato plants, how potatoes are grown commercially and how to look after them in the garden. Once the potatoes have grown, they are harvested and used in a soup recipe.